Announcing the award recipients & the closing of

-Online opening and closing ceremonies, as well as online side events 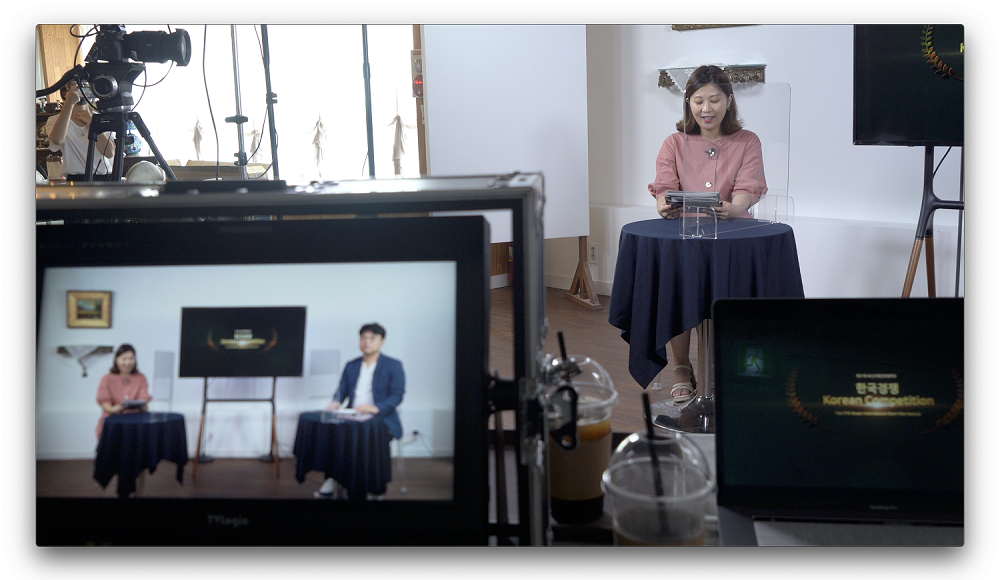 The 37th Busan International Short Film Festival (BISFF) lowered its curtains on the 5 days of festivities with the closing ceremony that was broadcast via YouTube on August 31 (Mon). As the oldest short film festival in Korea, BISFF continues to grow internationally, becoming the first Academy Awards Qualifying film festival in Korea in 2017. Under the slogan “Pushing Boundaries of Cinema”, this year’s festival screened a total of 140 films online through 6 sections: ‘Competition’, ‘Guest Country’, ‘Hub of Asia’, ‘Beyond Shorts’, ‘Encore Shorts', and ‘Shorts for Kids’.

The 37th BISFF was held as an online film festival, using a variety of platforms to bring films to the audience. A total of 140 short films were screened online, and various side events were made possible through live video conferencing between overseas directors and the audience in view of the covid-19 pandemic.

The film , which was selected as the BISFF Production Support Program and the opening film, was particularly well receive by the audience because of its expression of the bitter side of our modern society. Also, “Operation Kino”, a program sponsored by BISFF and Jung-gu, Busan to foster film talent in Busan, was screened in the competition section for the first time this year. Through these films, we were able to peek into the students’ in-depth consideration of the purpose and direction of documentaries created under themes such as from social issues to family stories.

The award recipients in 10 categories including the International and Korean competitions were announced during the BISFF Closing Ceremony, which was broadcast on August 31 (Mon) through the official BISFF YouTube channel. The Grand Prix for international competition went to , and the Grand Prix for the Korean competition went to . The two films will be considered in the Short Films section at the US Academy Awards. Unfortunately, the “Audience Award” and the “Agora Jury Award”, which are selected directly by the audience and other directors, respectively, were cancelled because of the online conversion of BISFF.

The International Competition Grand Prix, awarded to the most outstanding film in the category, along with \10 million and a trophy, went to . “ is based on a true story, this film achieves cinematic brilliance in terms of storytelling, cinematography, music and other effects.”, Jury said. The Excellence Award went to , and the Jury Award to .

The Korean Competition Grand Prix (KAFA Award), awarded to the most outstanding film in the category, along with \5 million and a trophy, went to .

is a story about a woman on the verge of a nervous breakdown, Inviting audiences to her life. Through her, the director manages to create a desolate yet buoyant world. And the confident direction of this piece as well as the quiet, observational cinematography convinced jury to hand out this film. The Excellence Award went to , the Jury Award to , and the Best Acting Award to Park Seoyoon Actress of .

The NETPAC Award, awarded to the most outstanding Asian film in the Competitions by NETPAC (The Network for the Promotion of Asian Cinema), This year’s NETPAC Award was decided to be a co awarded. So awarded to of International Competiton, and of Korean Competition.

The Operation Kino Grand Prix, sponsored by Jung-gu city, Busan, went to , and the Excellence Award to .

With the Closing Ceremony, the 37th BISFF ended its 5-day journey, with hopes for an even more meaningful, a more impressive short film festival in 2021.