Becomes the first one held online! 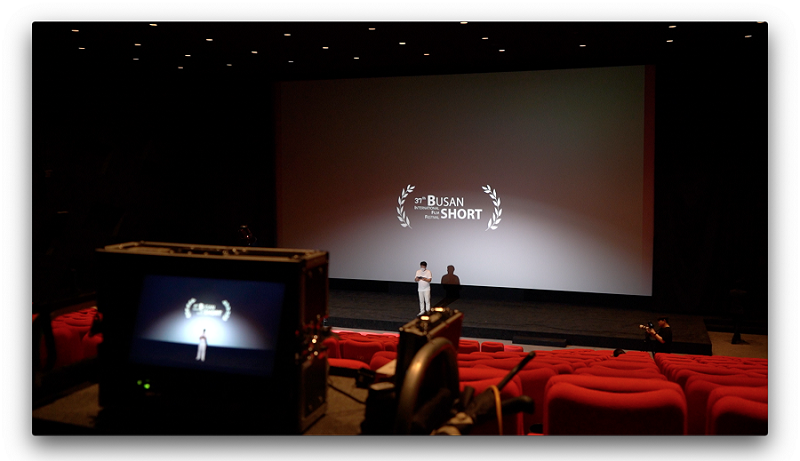 Busan International Short Film Festival (Co.) opened its doors on August 27 (Thursday) with the YouTube screening of the opening ceremony. The 37th Busan International Short Film Festival was postponed from April to August in preparations for an offline festival. However, in response to the 2nd wave of COVID-19 and in the best interest of everyone’s safety, on August 20, a week before the opening, it was decided to convert all screenings to be made online. Korean OTT platform wavve is confirmed as the official online theater for the film festival held for 5 days between August 27 (Thursday) and August 31 (Monday).

Much preparation has been made for the online 37th Busan International Short Film Festival (BISFF) to be enjoyed in a variety of methods. A total of 140 short films will be screened online between August 27 and 31. These include 129 “competition and official selection films” on wavve, 9 “Interactive Shorts” on the official website (www.bisff.org), and 2 experimental films with performance in “Prism 1” that will be broadcast live on the official YouTube channel.

The official online theater wavve requires membership for viewing. The viewing fee is \1,500 per short film, and \5,000 per program. For more information on how to use wavve, please visit the BISFF website at www.bisff.org. And Watching films through wave is only possible in South Korea.

“Interactive Shorts” requires active participation from the audience, and can be viewed for free through the BISFF official homepage. After clicking on the main banner at the BISFF website (www.bisff.org), click on the “Click here!” button under the Interactive Shorts introduction page. Experimental films of “Prism” combines video and performance. Different online platforms will be used for each section. The performance of “Prism 1” will be broadcast live on YouTube on August 29 (Saturday) at 6 PM. “Prism 2” will be screened on the online theater wavve as part of a bundle, and a video was added to help the audience to understand the film better.

The side events, “BISFF Talk: Duet” and  “Roundtable” will be broadcast live through Zoom video conferencing. “BISFF Talk: Duet” is a program that allows two filmmakers from different countries to introduce and discuss their films. Since COVID-19 made it difficult for directors from overseas to attend in person, the program will be broadcast live via video conferencing. This year’s directors are “Koen Van Sande” from Belgium and “João Miranda Maria” from Brazil. You can check out the in-depth exchange between these two artists through the video conference. Please check the BISFF official website (www.bisff.org) for information on how to participate in “BISFF Talk: Duet”, which will be held on August 30 (Sunday) at 8 PM.

“Roundtable” is a talk program for filmmakers from around the world to discuss various topics involving short films. This year, two topics will be discussed in depth – “The Role and Value of Short Film Markets” and “Status and Improvement Direction of Short Film Production Support. Please check the BISFF official website (www.bisff.org) for details on how to participate.

This year’s competitions include the International Competition and the Korean Competition, where some 3,000 films from around the world were reviewed in three separate preliminary judgments, and Operation Kino, a project to foster filmmakers in Busan. A total of 10 films will be selected by a jury of domestic and foreign filmmakers to be awarded at the closing ceremony on August 31 (Monday) through YouTube.

This year’s “Guest Country” is the small powerhouse Belgium, located in Western Europe. The program began with the birthplace of film, France, and went through the countries China, Spain, Sweden, Austria, Canada, New Zealand, and Switzerland in past years. The “Guest Country” section is made up of programs “Belgium Panorama”, which showcases the current short film trend in Belgium, and “Belgium Mosaic”, which showcases the diversity in language and culture that make up Belgium.

Travel through Asia, 'Hub of Asia'

The “Hub of Asia” section is made up of 3 programs that shows the today of Asia: “The Korean Melting Pot”, with short films made in Korea by Asian directors, “Mongolian Shorts”, a special on Mongolia prepared in cooperation with the Mongolian National University of Arts and Culture, and “Occupy Asia”, a shout out from Asia to the world.

Pushing the boundaries of film, 'Beyond Shorts'

The “Beyond Shorts” section introduces films that reach beyond the boundaries of traditional film, showcasing experimental and innovative screening methods. The section is made up of “Prism”, which presents experimental performances, and “Interactive Shorts”, which provides a new experience through an active and direct interaction between the film and the audience. The experience from “Beyond Shorts” will allow the audience to reflect on the boundaries of film.

The “Encore Shorts” section is made up of “Curtain Call”, which introduces films that were awarded at major film festivals from around the world, and programs that launched this year: “Focus on Brazil”, which shows the insight and diversity of Brazilian society; “Busan IN”, made up of shorts created by Busan residents; “Central Park Films Special”, introducing films from Korean short film distributor Central Park; and “Surprise!”, which will be a delightful surprise. Of these, the “Busan IN” program was created to support ordinary citizens of Busan as they create and produce short films. Busan residents led the entire film production, from screenplay to shooting and editing, of the shorts being introduced in this program. It is a most “Busan-like” program, containing the passion and heart of film lovers from Busan. We hope that “Busan IN” continues to be a meaningful program in support of creative activities by Busan residents.

A childhood journey stimulating dreams and imagination, ‘Shorts for Kids’

The “Shorts for Kids” section allows children to let their imaginations soar and become more familiar with short films. The section presents intriguing films that parents and children can enjoy together, and will take them on a journey to a world of shorts full of dreams and fantasy.

With the slogan “Pushing Boundaries of Cinema”, the 37th Busan International Short Film Festival consists of 6 unique sections with various programs. The 37th BISFF will be held between August 27 (Thu) and 31 (Mon). For further details, please visit the official BISFF website (www.bisff.org).

Prev List Next
CopyRight Since 2016-2021 BISFF.ORG All Rights RESERVED.